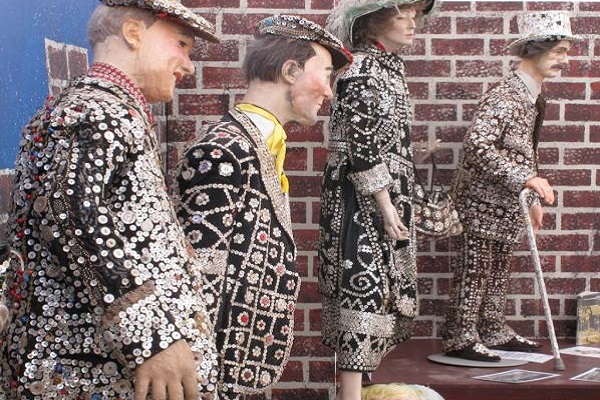 The desire to create such a museum was stimulated in George following a successful long search for the COCKNEY CROWN JEWELS, a collection of Pearly Kings and Queens Suites and other artefacts dating back 139 years. Following this acquisition a temporary display in Stoneleigh Surrey for a period of 2 weeks was undertaken and in 1 week they achieved 12,000 visitors. The display formed the basis of the concept of the Cockney Museum.